History of the foundation 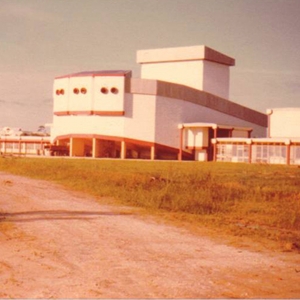 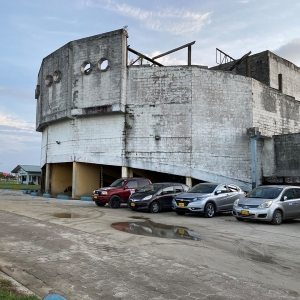 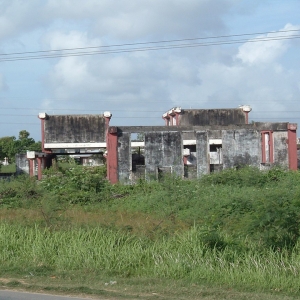 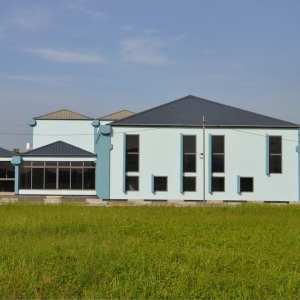 On the initiative of five members of the “Sarnami Nauyavak Sabha”, a committee was set up on February 3, 1971 in connection with the centennial commemoration of the Hindustan Immigration in Suriname on June 5, 1973. The aim of the committee was to lead it there to commemorate this centenary nationwide. In addition, the idea arose to offer the community a lasting gift. To this end, on April 10, 1972, the National Foundation for Hindustan Immigration (NSHI) was established by notarial deed. On November 1, 1973, the Foundation was registered as the first legal entity in the Foundation Register of the Ministry of Justice and Police under number ST 001.

The board worked intensively on the preparations for the centenary and organized fund-raising activities for the gift to the community. The architecture firm ARTO was then commissioned to prepare the design of the gift, namely a general community center on more than 2 hectares of leasehold land, located in Paramaribo on the then extended Tweede Rijweg, now called Lalla Rookhweg in Paramaribo .

On June 5, 1973, at the celebration and commemoration of 100 years of Hindustani Immigration, the foundation stone for the construction of the Lalla Rookh complex was laid. However, the actual construction work was only started in 1977, after financing had been arranged in the context of development cooperation with the Netherlands on the basis of 25% (NSHI) own contribution and 75% Dutch development funds. The total budget was then Nf. 8,000,000. On Saturday December 13, 1980, the complex was partially and unofficially put into use.

This site uses cookies. By continuing to browse the site, you are agreeing to our use of cookies.

We may request cookies to be set on your device. We use cookies to let us know when you visit our websites, how you interact with us, to enrich your user experience, and to customize your relationship with our website.

Click on the different category headings to find out more. You can also change some of your preferences. Note that blocking some types of cookies may impact your experience on our websites and the services we are able to offer.

These cookies are strictly necessary to provide you with services available through our website and to use some of its features.

Because these cookies are strictly necessary to deliver the website, you cannot refuse them without impacting how our site functions. You can block or delete them by changing your browser settings and force blocking all cookies on this website.

We also use different external services like Google Webfonts, Google Maps and external Video providers. Since these providers may collect personal data like your IP address we allow you to block them here. Please be aware that this might heavily reduce the functionality and appearance of our site. Changes will take effect once you reload the page.